The website you were trying to visit has been deprecated. Future updates will happen here.

A permanent snapshot of is available at .

Motion graphics are the combination of graphic design, animation, and visual effects. They can be used to tell an engaging story and communicate a message, making complex ideas simpler and easier to understand. The CFPB uses motion graphics to bring illustrations to life with movement and sound design.

All CFPB motion graphics should adhere to the design guidelines laid out in the design system page and should remain visually consistent with the CFPB brand. This includes color palette, fonts, and illustration style.

If an illustration from the library is not divided into labeled layers within Illustrator, the motion graphics designer will need to edit the Illustrator file and prep it for After Effects.

Animations should be at a minimum of 1920x1080 with a frame rate of 29.97 FPS unless otherwise specified.

The CFPB uses a 2.5D style of animation. Illustrations are flat with an illusion of depth and can move on the X, Y, and Z axis. All animation is done within After Effects. The CFPB does not use Cinema 4D or any 3D animation software.

Motion should always be fluid, flowing, and constant. There should be no still frames. Every frame should have movement. When possible, elements should animate on and off, rather than cut in and out.

Depth is created by layering elements, offsetting the animation of elements, depth of field, and shadow built into the illustration. Drop shadow should be used sparingly and should not be used on text.

Motion blur is the blur effect that happens from movement. Motion blur should always be turned on with few exceptions. The CFPB uses motion blur to create more fluid and natural movement. 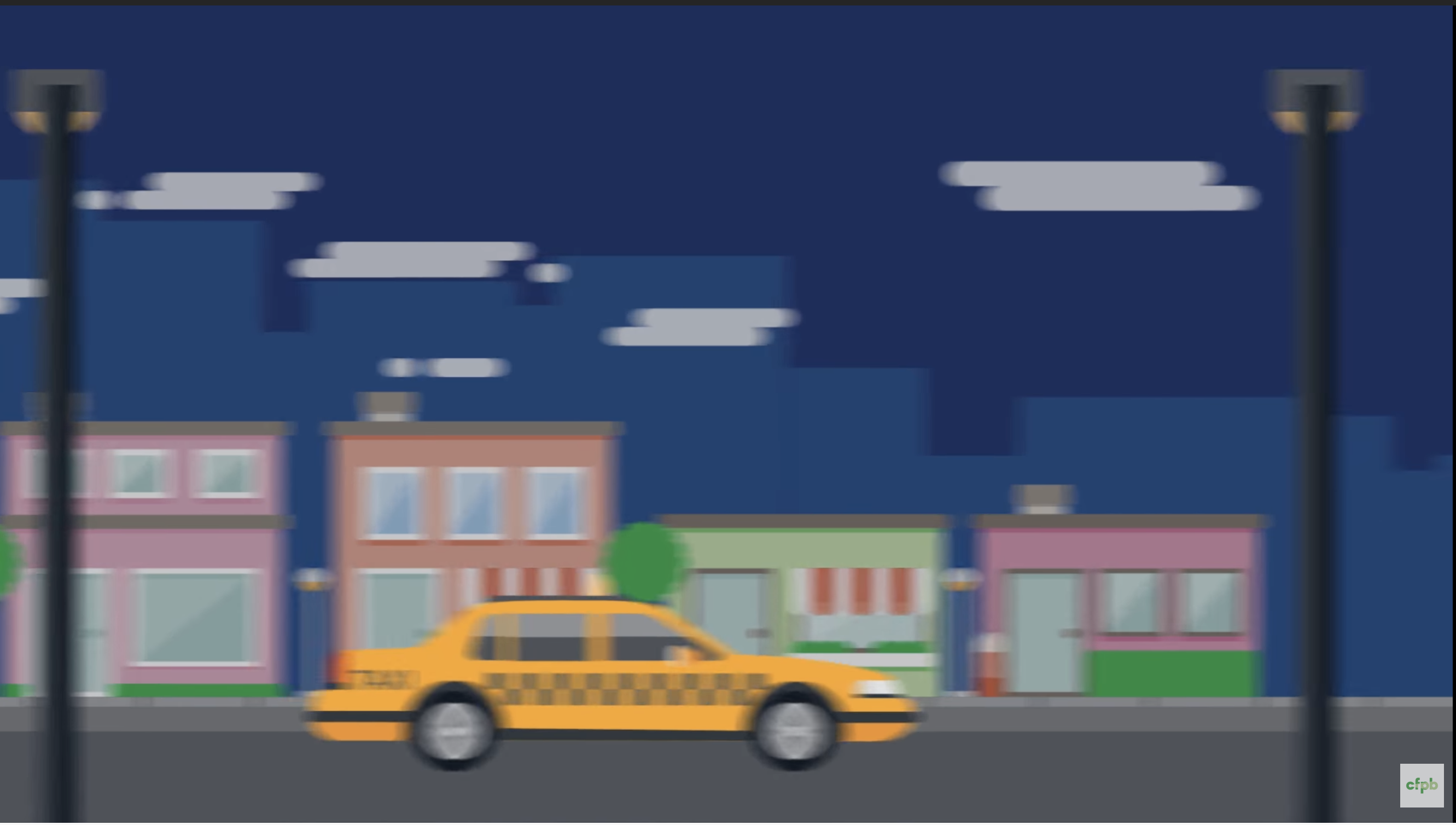 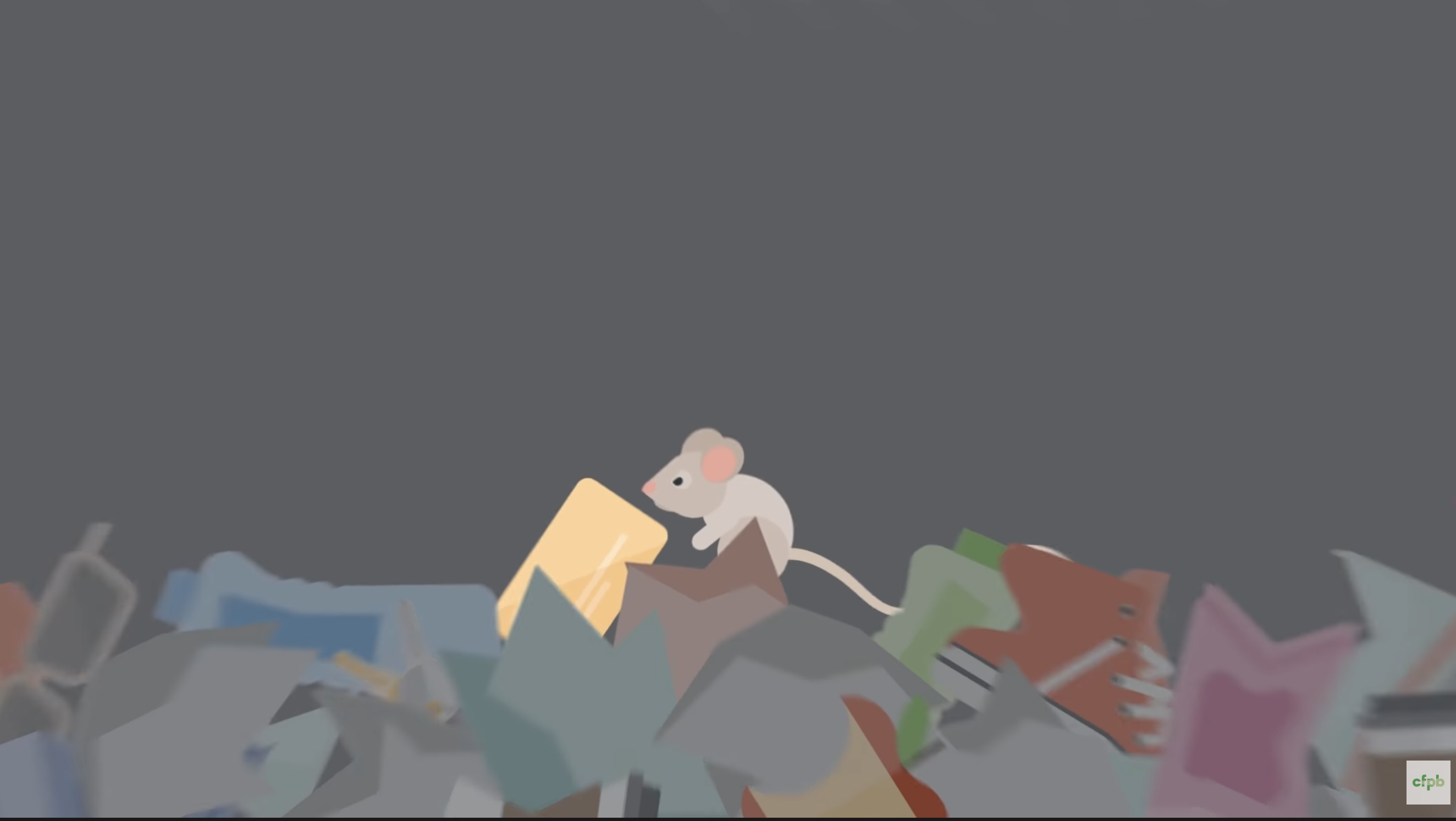 Lower thirds are graphics that live within one section of the screen, usually providing additional information about the footage underneath it. 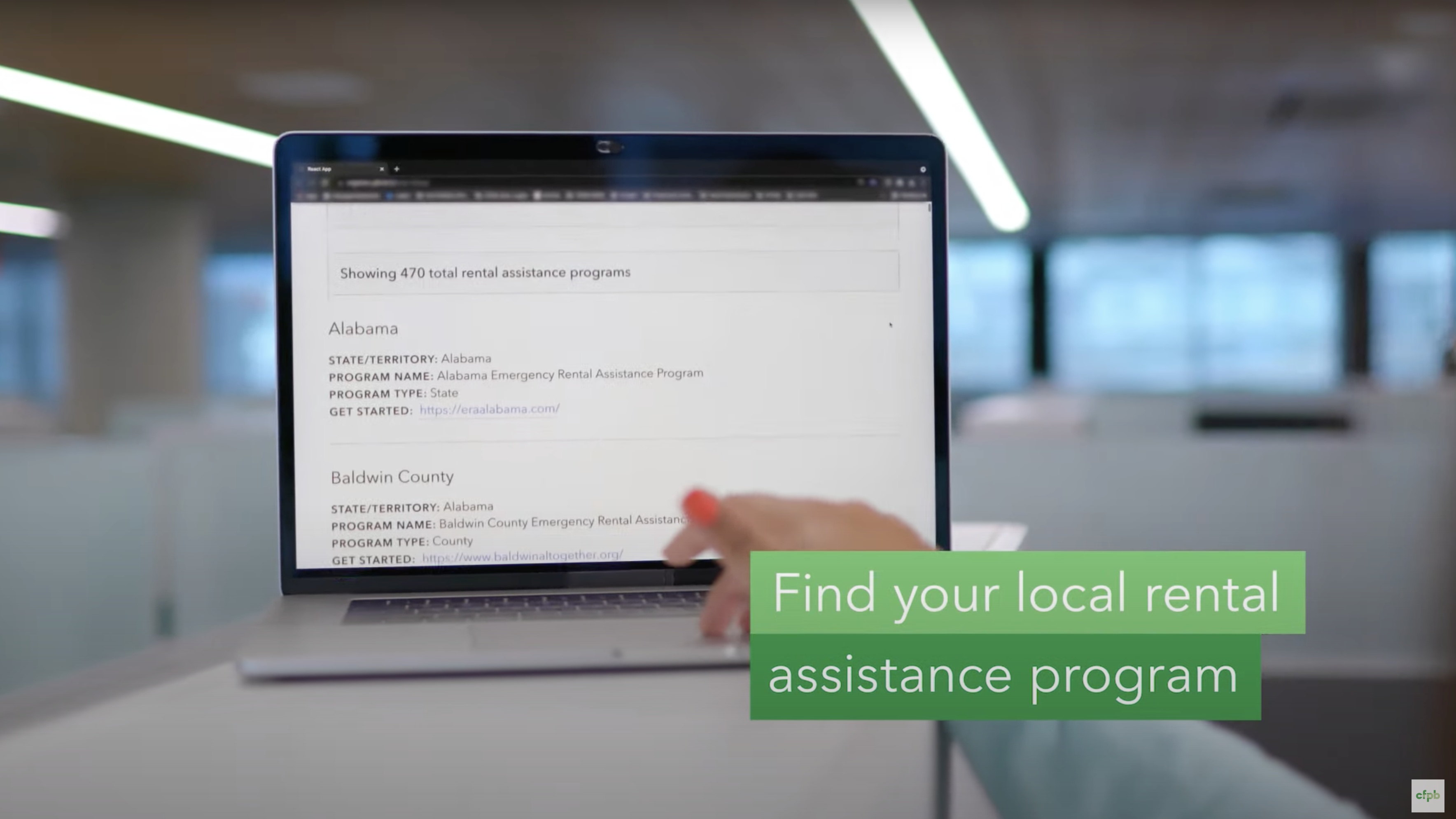 Name ID is a graphic that identifies the speaker onscreen. It should be simple and clean. Name ID should build on and off when possible, and it should remain onscreen for at least 3 seconds or for as long as it would reasonably take a person to read. 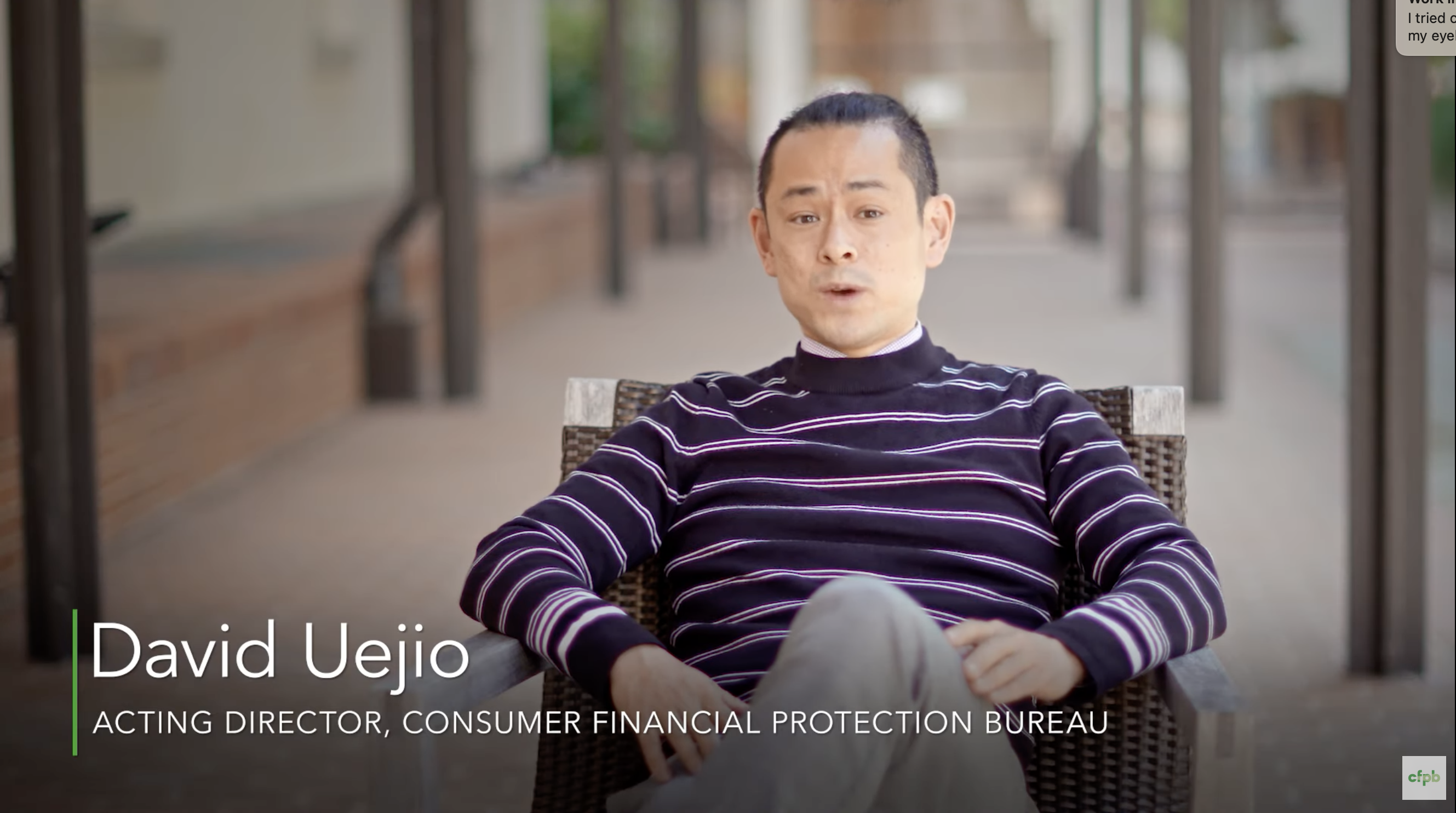 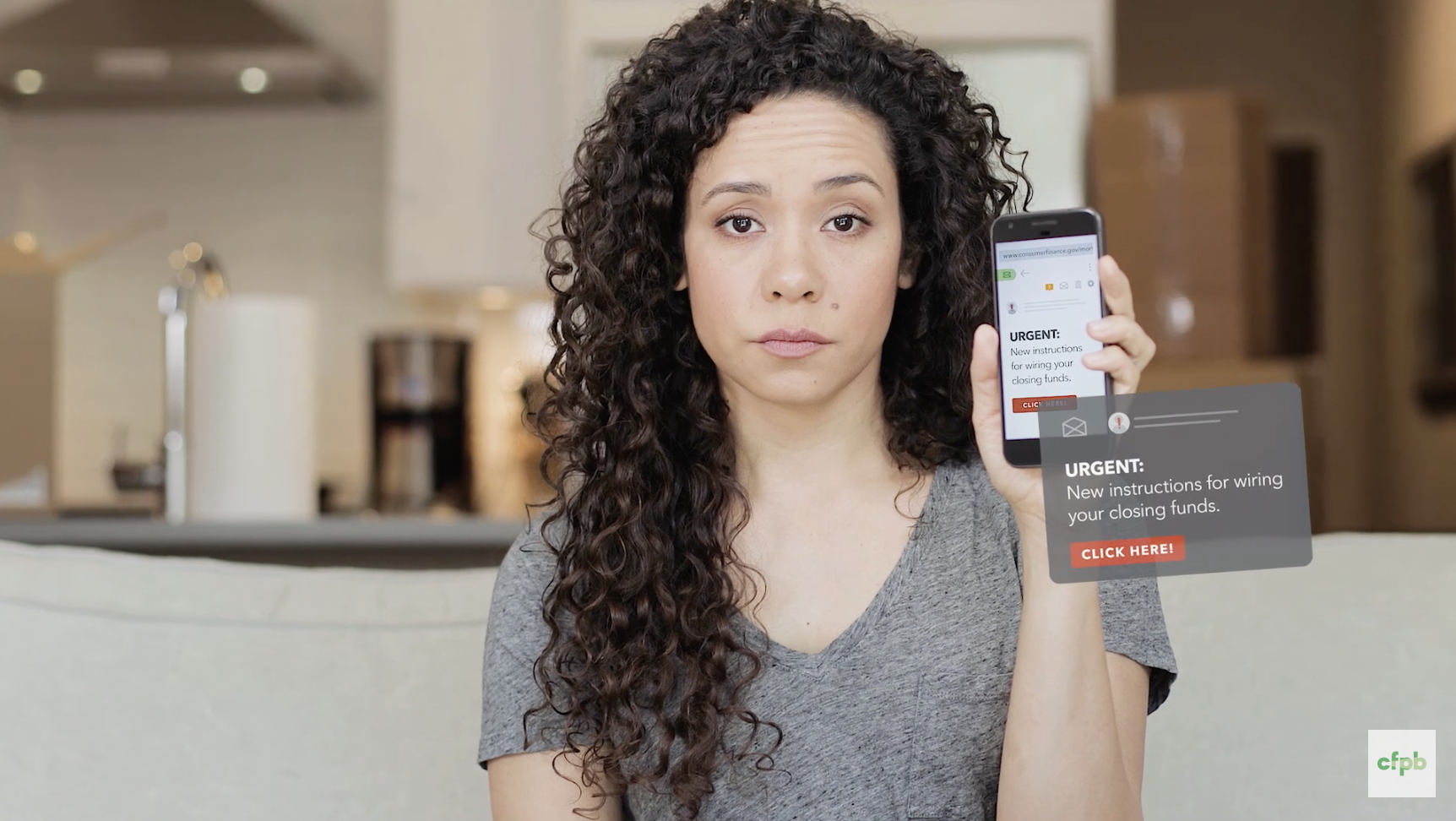 What Homebuyers Need to Know About Mortgage Scams:

Green Screen is used when footage needs to be incorporated into a new scene without its original background. The subject is keyed out, and the key should be as clean as possible. 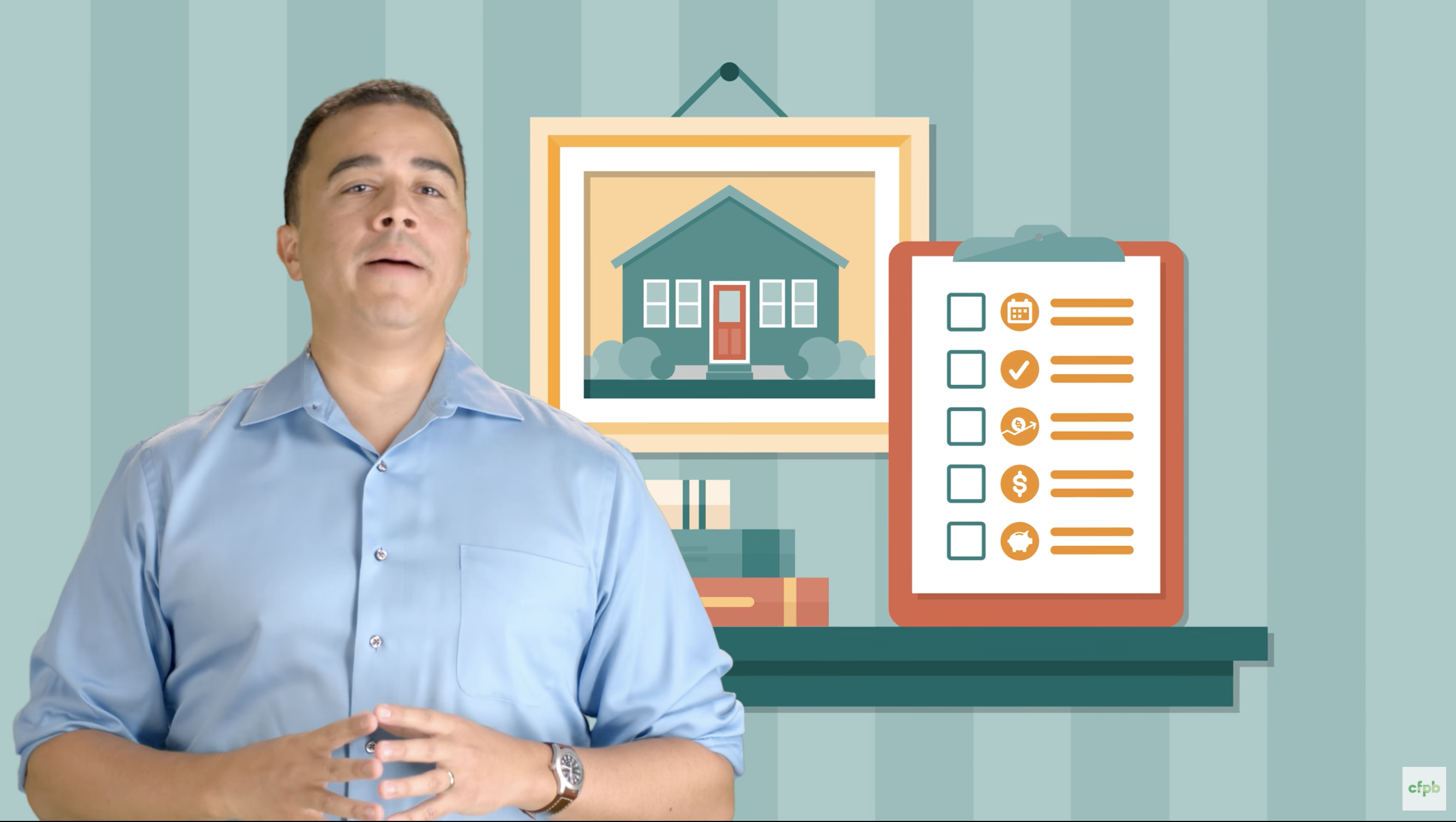 Split Screen refers to when the screen is split into sections. This can include footage and graphics, just footage, or just graphics. 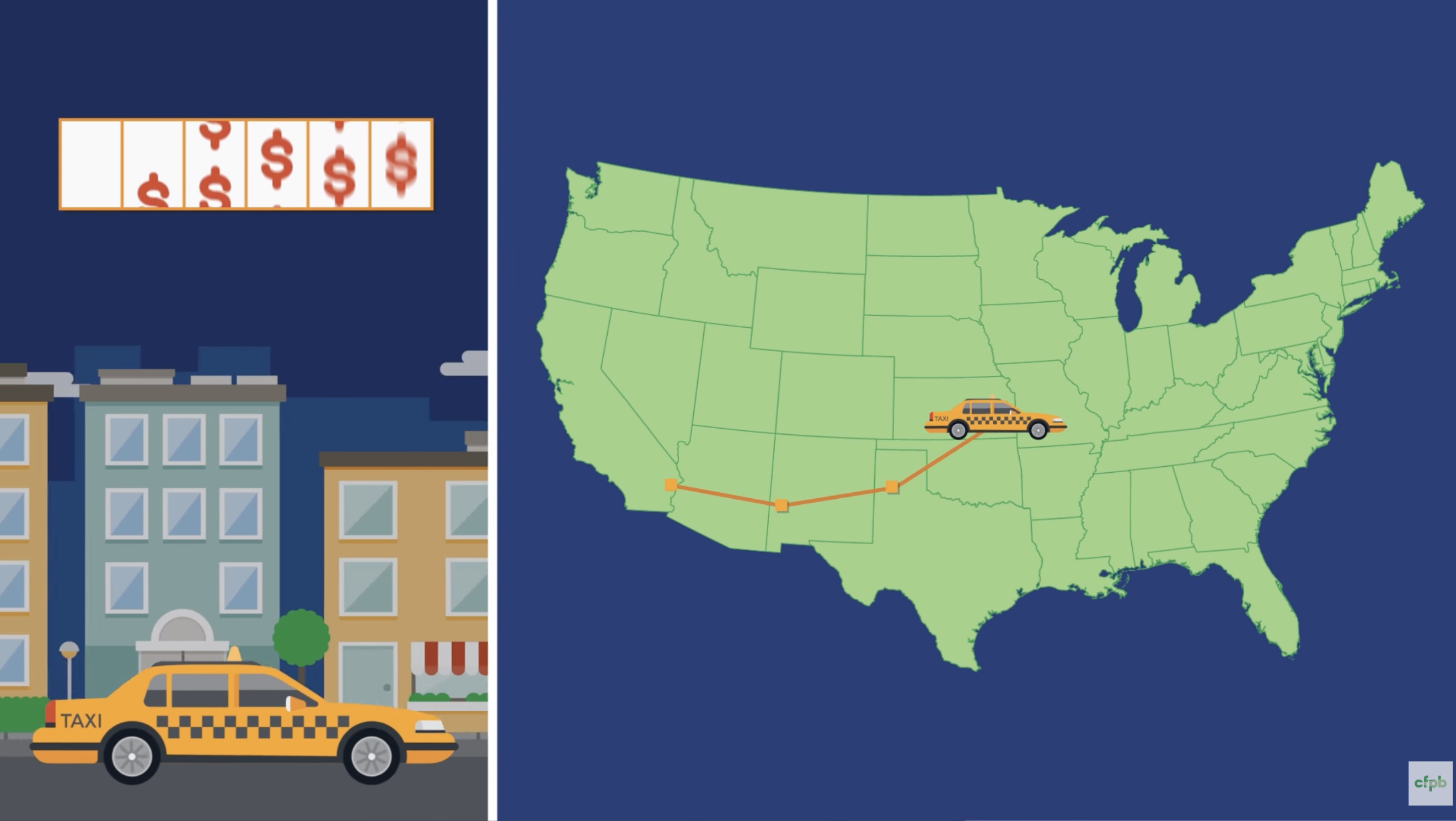