The website you were trying to visit has been deprecated. Future updates will happen here.

A permanent snapshot of is available at .

Video can be one of our most effective tools to connect with the people we serve, amplify the Bureau’s mission, distribute information, and make announcements. It is a complex and multifaceted medium, requiring attention to every detail including story structure, composition, audio, color treatment, typography, timing, and more.

At the Bureau, we produce videos in a variety of styles and formats depending on the objective(s), targeted audience(s), scope, resources, content, and messaging for each project. We always strive to keep videos at the CFPB consistent and unique.

Watch some of our public facing videos here.

A custom-designed video that incorporates design elements for specific solutions. This type of video is usually consumer or industry facing and is representative of the Bureau’s priorities.

This style utilizes interview footage and b-roll of real people. It can be used to communicate a personal, trustworthy aesthetic to a given message.

Mobile videos are sometimes used for quick turnaround messages that are urgent in nature and provide a transparent look and feel that’s relevant.

The bureau livestreams field hearings, consumer advisory board meetings, town halls, and more. After these events are broadcast live, we upload them to YouTube for documentation purposes.

Typically, we find video is best used to:

Every video project, no matter the size, requires forethought and planning. Preproduction is often considered the most important part of producing a video. This is where it all starts. During preproduction, we analyze the objectives and goals of a project, determine the audience, create concepts, develop a plan, determine the scope, and build a schedule for production and postproduction. At this stage, we determine the best way to present information to the intended audience and a realistic plan to achieve it.

One of the most important aspects of preproduction is establishing the tone. We prefer a natural, authentic tone, making sure to use imagery that does not feel staged or unrealistic, but rather true to the lives and situations of consumers. The tone should be welcoming, knowledgable, and authoritative without being demanding or overly complex.

Projects tend to vary in scope, and that will impact the budget. Budgeting takes place during preproduction and takes into account all expenses, personnel, and resources required to complete the project as planned. Therefore, it is essential stakeholders and decision-makers are transparent about their scope and needs so we can provide the best solution.

Every video should have a script or creative treatment, even if there are no scenes or actors, to ensure everyone involved in creating the video knows the resources, concept, and overall plan being implemented. Scripts are usually written in a two column format, where audio appears in the left and visuals appear on the right. 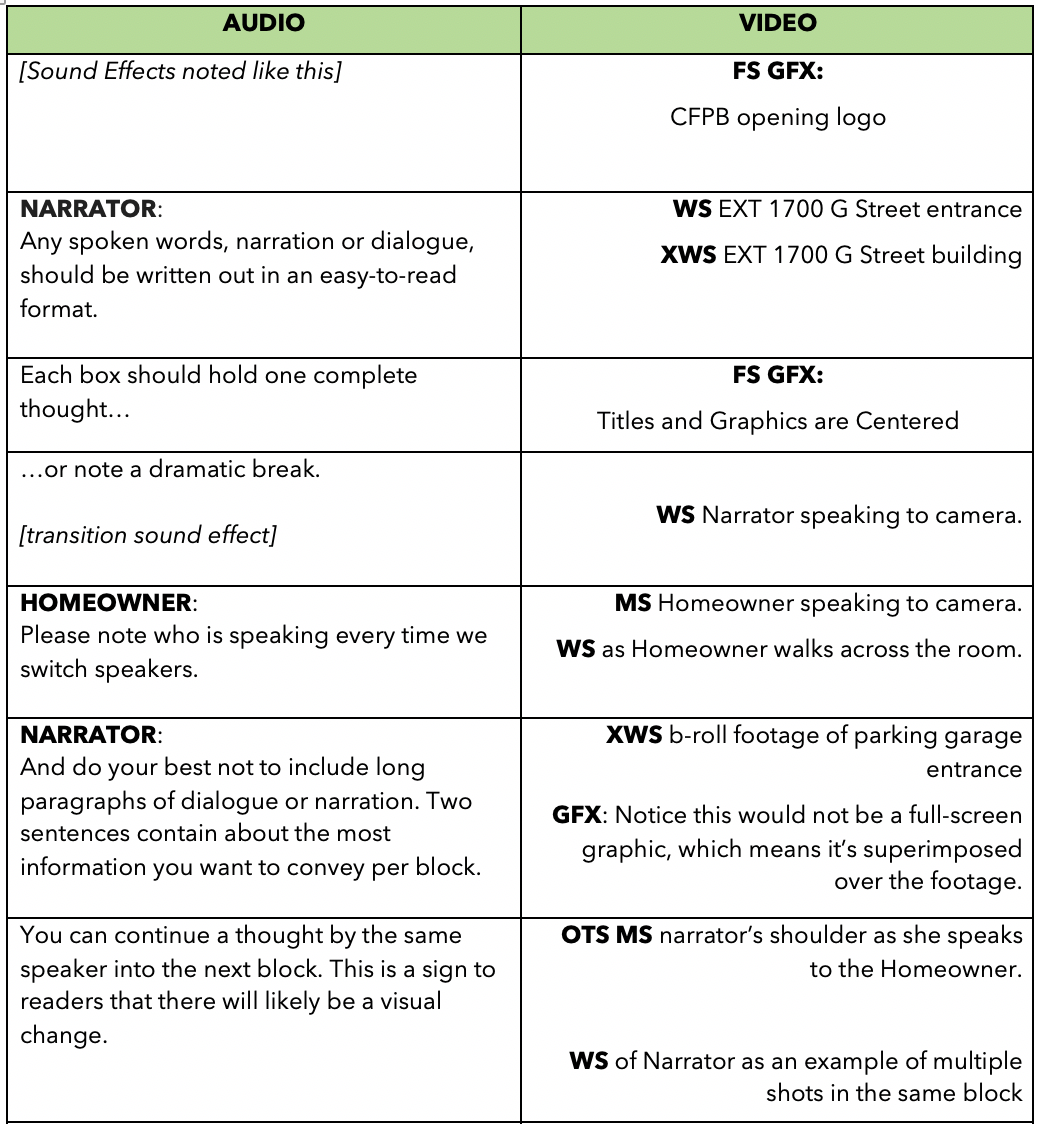 There are no specific length requirements for videos, but always try to make videos as short as possible. It’s important to keep the viewers’ attention. For most social media videos, try to stay under 3 minutes in length, but there’s no hard and fast rule for length.

Always look at the whole frame. Try not to film a subject directly in the middle of a shot. Make sure to look at the top, bottom, left, right, and each corner of the frame when composing an image. Your goal should be to never crop the image in post. It should be framed correctly in camera. A video with perfect framing would mean each frame, if frozen, would appear as a well-composed photograph.

Symmetry
Symmetrical shots can be used to effectively draw attention to the center of the screen, create a dramatic visual statement, or express an aesthetically pleasing balance. Symmetry gives an image more thematic and visual weight than shots around it. 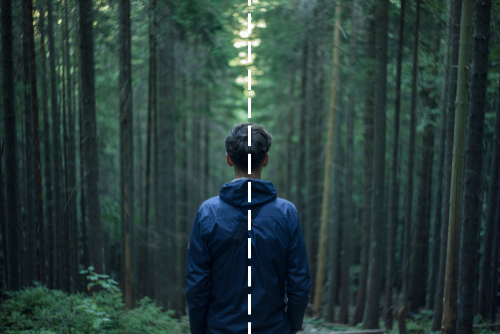 Rule of Thirds
If one were to divide the screen evenly into thirds using horizontal and vertical lines, the focal point of the image would fall along the intersection of two of those lines. Visual lines, such as horizons or architectural columns, should fall along one of those lines. For most situations, adhering to the Rule of Thirds will help ensure proper composition, regardless of the subject matter. 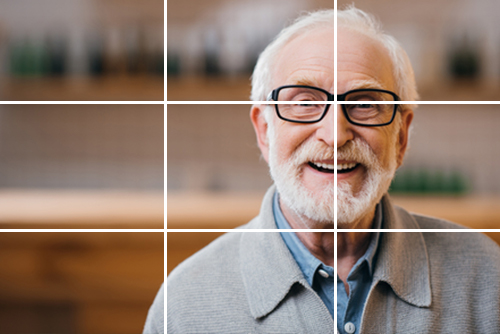 Extreme Close-up (XCU)
A shot much closer than a typical CU, such as focusing closely on someone’s eyes. 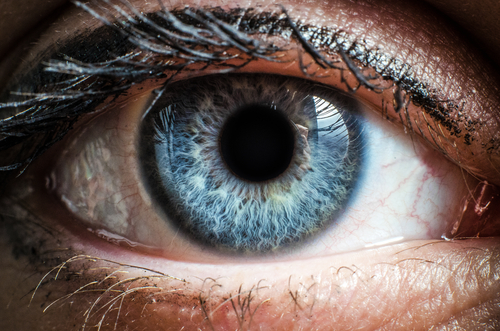 Close-up (CU)
A shot that is focused on one particular object filling most of the frame. For a person, a CU captures their head and shoulders. 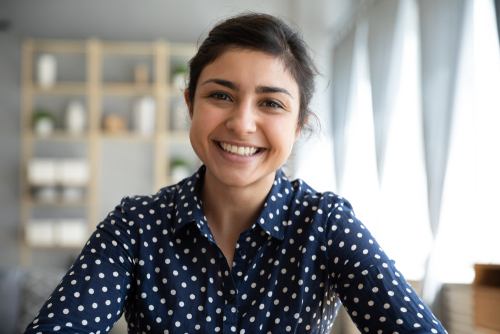 Medium Shot (MS)
A shot showing the subject and a moderate amount of background. For a person, it’s a shot framed from roughly the midsection up. This can also mean a shot from the thighs up (known as the “cowboy shot”). 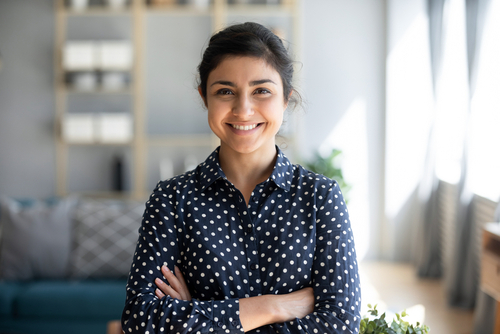 Wide Shot (WS)
A shot showing an entire object within the context of its environment or background. For a person, this is a head-to-toe shot. 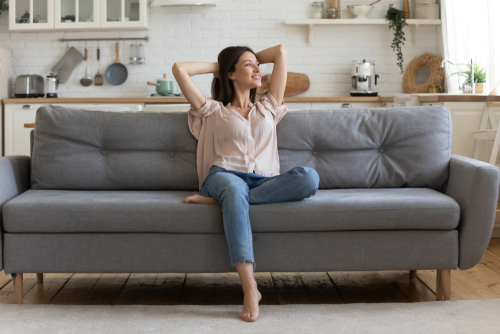 Extreme Wide Shot (XWS)
Also known as a “landscape” shot, this is a very wide angle used to show off landscape, buildings, or large spaces. 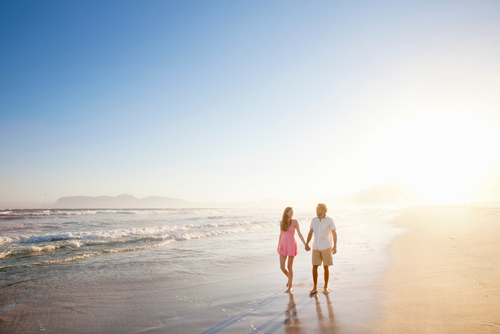 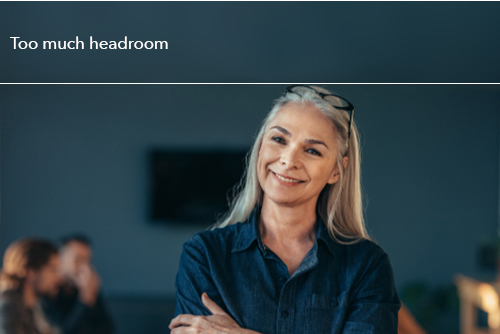 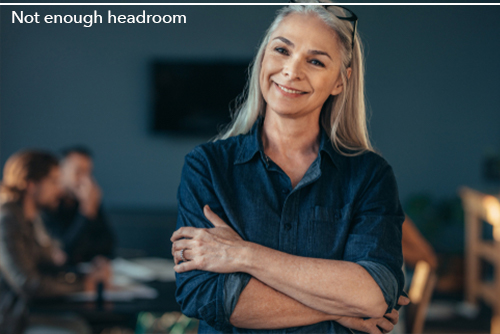 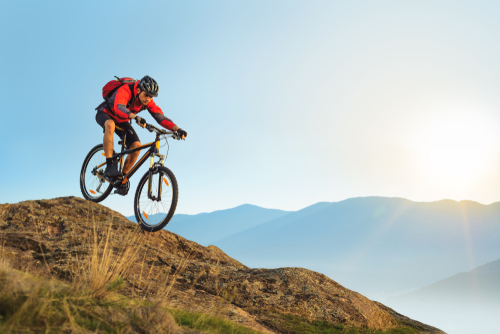 Framing Note
Avoid framing people “at the joints”, such as knees, waist, and neck. Framing at the joints makes the subject look cut-off and unnatural. 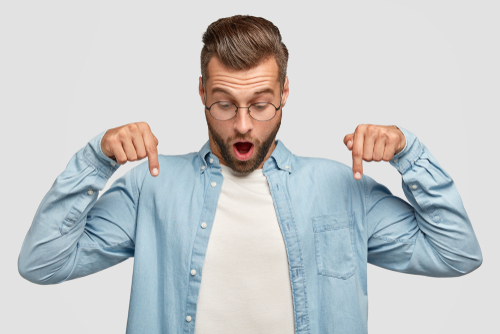 Our overall goal is to create natural-looking images with soft shadows, contrast, vibrant colors, and appropriately exposed subjects. Think of lighting as “painting the picture with shadows,” not just making things visible.

Our on-camera interviews feature realistic but aesthetically pleasing backgrounds, need to be well-lit, and framed in such a way as to look trustworthy, professional, and with realistic contrast and exposure.

When filming with two cameras, the color balance, frame rate, resolution, camera settings, and exposure should match exactly between cameras.

When asking questions for an on-camera interview, always aim to capture the personality and humanity of the interview subject, rather than news-like sound bites.

We often use iPhones for self-filmed testimonials or other information in order to respond quickly.

Actors or interview subjects appearing on camera should wear appropriate, non-distracting clothing that lends itself to the overall aesthetic of the video. Usually, our talent will wear business casual, solid colors or appealing patterns. Tattoos may need to be covered with clothing, depending on the message and topic of the video.

Actors or interview subjects appearing on camera should appear natural, well-kempt, and representative of the video. Hair should be clean and styled in a way that would be appropriate for a business interaction. Makeup should be minimal, aimed mainly at reducing shine, blotting perspiration, or subtly highlighting features like the eyes.

Editing is key. It’s essential to visual storytelling and marries the artistic language of film to the technical considerations. Our projects are edited not simply to repeat information, but with an eye for messaging, presentation, style and technique. Edits should be dynamic and intentional.

The CFPB adheres to our brand standards for logo usage. Within any given video, we use an animated version of our logo. This logo always appears over white and is always the same logo animation, whether used for the intro, title, outro, or within the video itself. 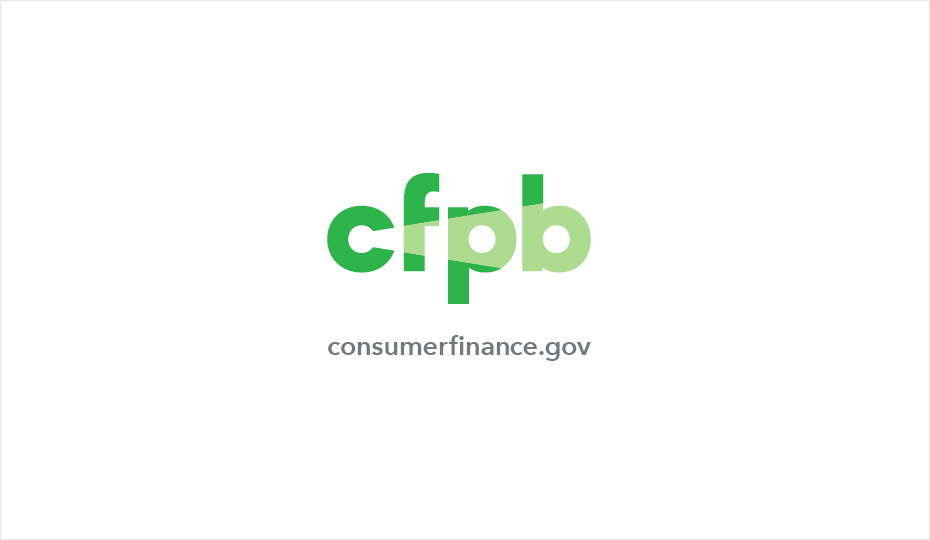 Our logo appears as a watermark in the upper left-hand corner of any social media videos we produce. 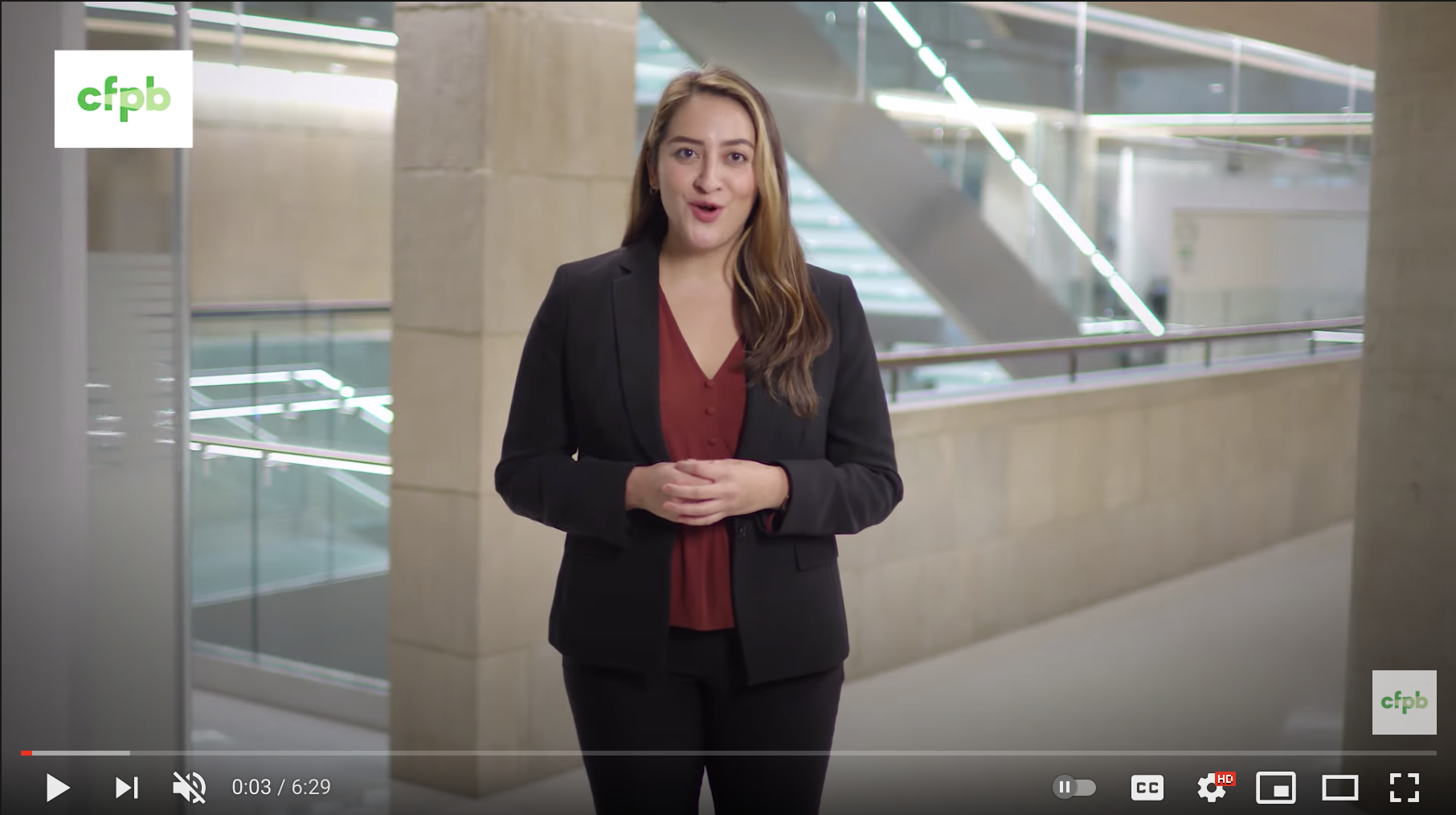 We often feature motion graphics in our videos, whether full-screen or superimposed over footage. Please refer to our Motion Graphics page for specific motion graphics guidance.

Music is an incredibly important aspect of any video, helping to guide and highlight the mood of the piece, set the tone, and draw the viewer’s attention. When selecting music, ensure it is high-quality and cinematic, matching and underscoring the messages and themes of the piece you are editing.

Sound design is another element we use to elevate our work and accentuate our storytelling.

If exporting finished video, the export format depends on where the video will be shown or hosted. For most uses, we export a ProRes HQ file and an H.264 mp4 file for social media use.

Multimedia such as audio, video, and animations will usually require more than just descriptive text. In most cases, the timing of text and descriptions in these files is important and should therefore be incorporated in an accessible manner.

For any content that has spoken audio, we provide captions for accessibility. The choice between open caption and close caption depends on the platform through which we will be showing the video and the particulars of the project. 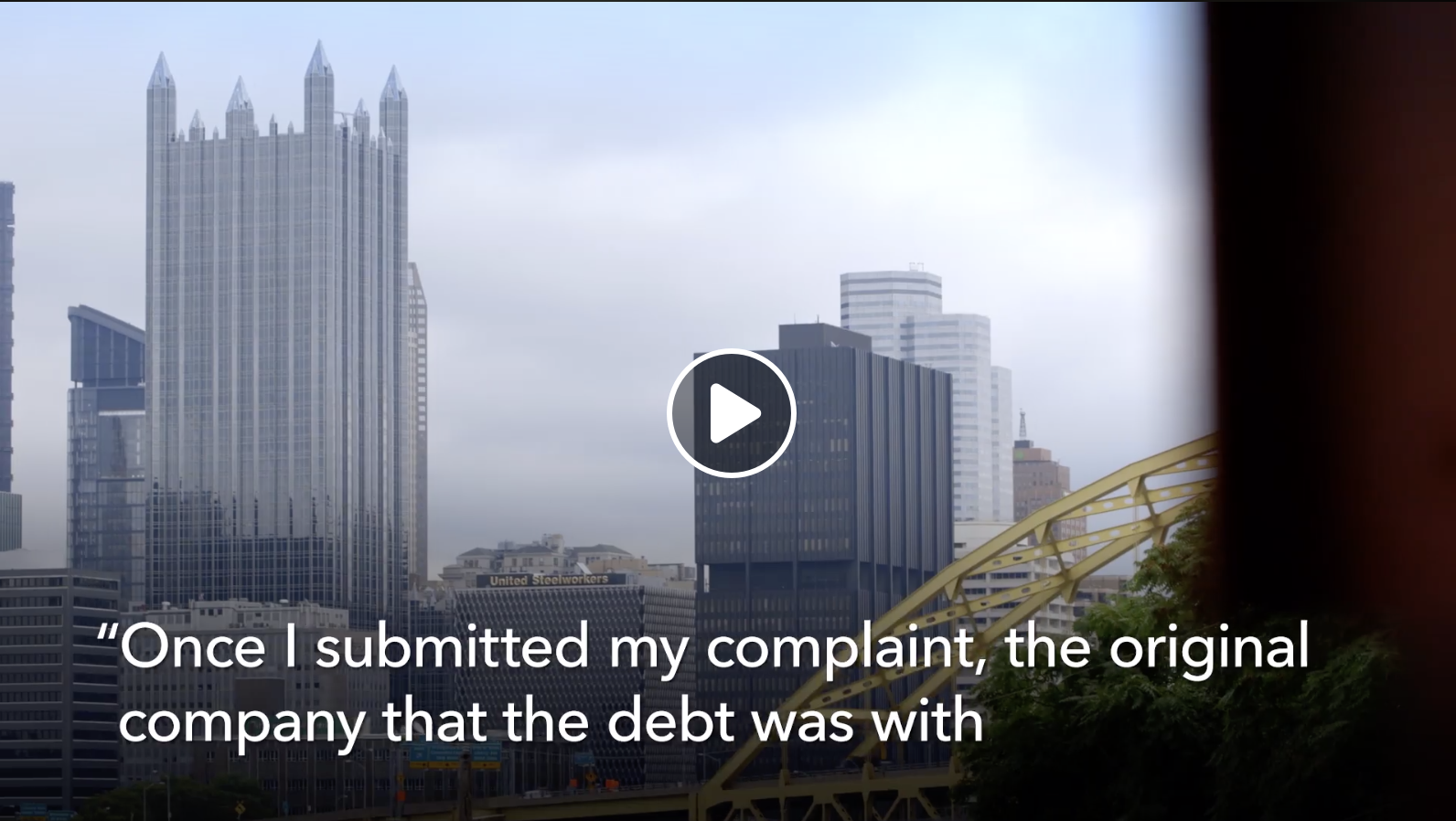 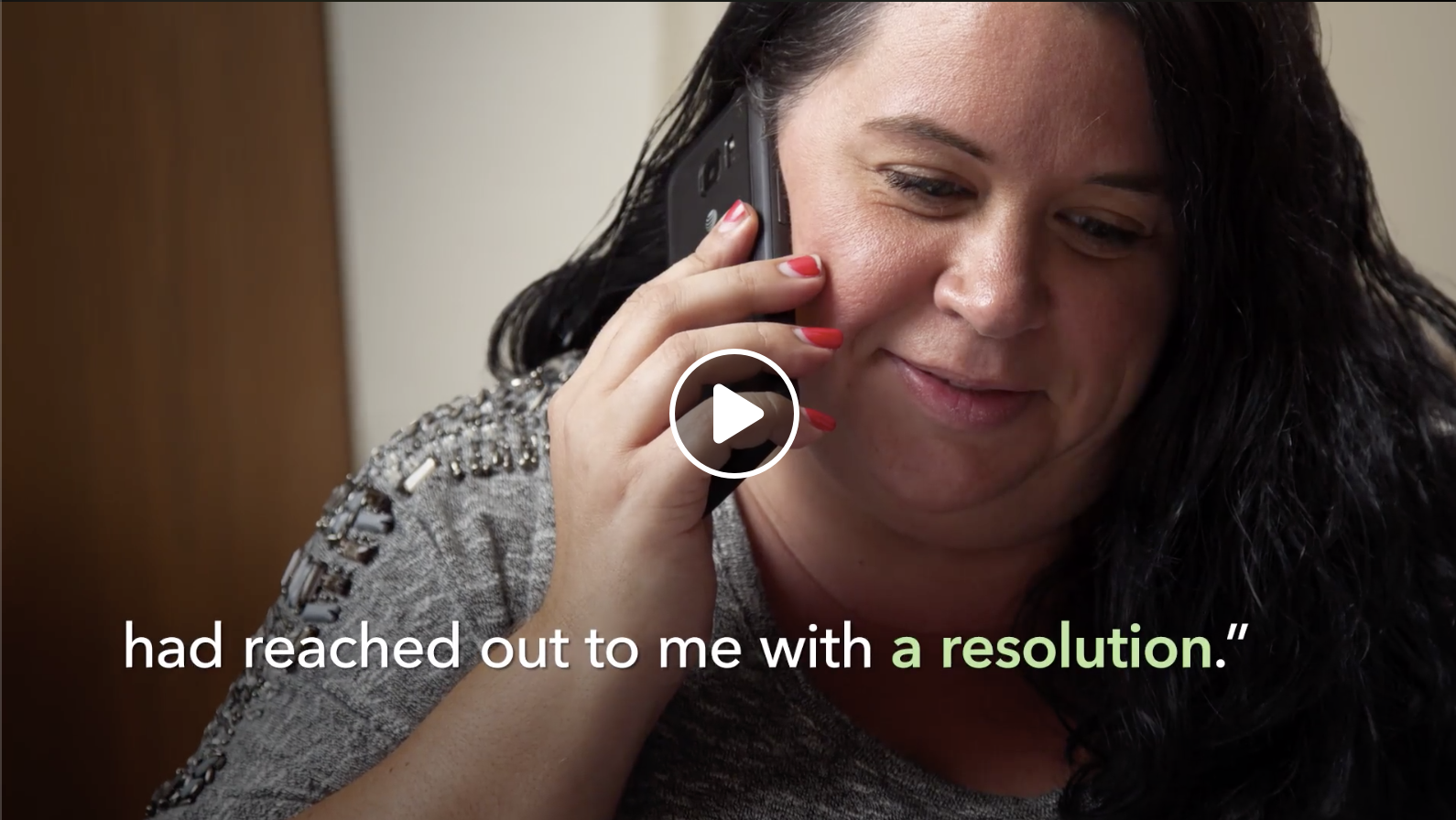 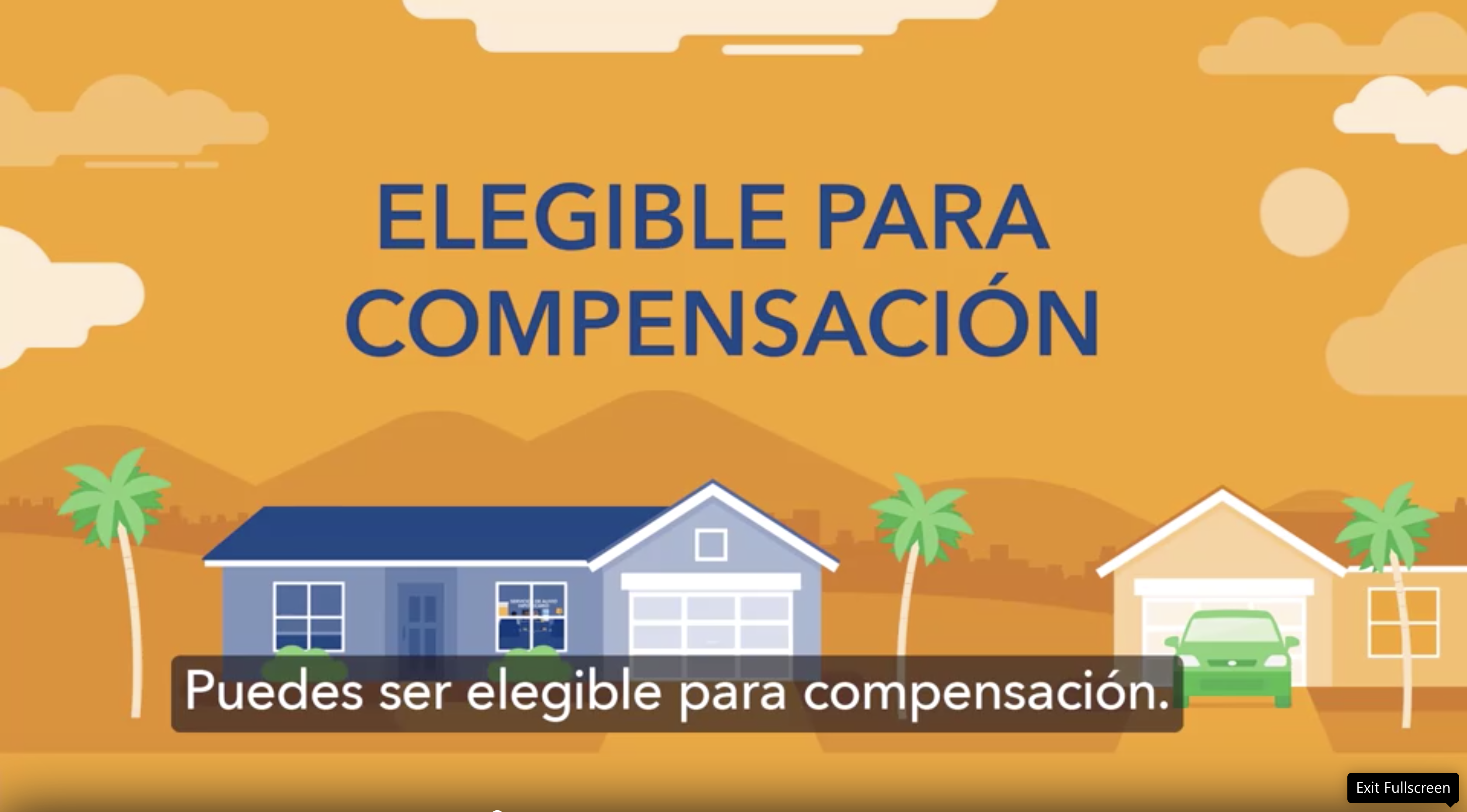 These guidelines help ensure that content is perceivable for sighted users.

Do not create designs or interactions that may cause seizures